27 August 1945. Malayan Communist Party Secretary-General Lai Tek, who had been a double agent for the British before 1942 and for the Japanese during the war, persuades other members of the Central Executive Committee to adopt a policy of cooperation with the returning British, rather than pursue armed resistance against the reimposition of colonial rule. In return for its cooperation the MCP demands that the British introduce sweeping democratic reforms. 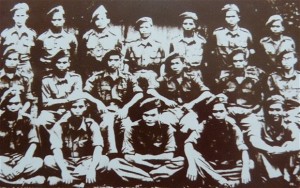