28 October 1945. Following British seizure of key installations in the city and an ultimatum that local forces disarm, about 120,000 pemuda attack the 4,000 well-armed but scattered Indian sepoys as well as the convoys of internees they are escorting. After an urgent British appeal, Sukarno arrives in the city early in the morning and calms the situation. After negotiations seem to have succeeded, he leaves again. Next day, scattered fighting resumes during which General Mallaby is killed. His death changes British sentiment firmly in favour of the Dutch. 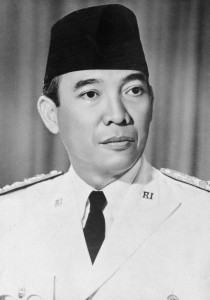