Financial issues in the Philippines

2 October 1945. The Philippine Congress is poised to pass a government budget that includes back pay to its members from the time they were elected (November 1941), even though they did not serve during the war years. The public is disgusted with the selfish act. On the same day, D.L. Ballantyne of Chase Bank arrives in Manila as Special Bank Advisor to President Osmeña. He establishes a devaluation schedule for the Japanese occupation notes widely known as ‘Mickey Mouse’ money. 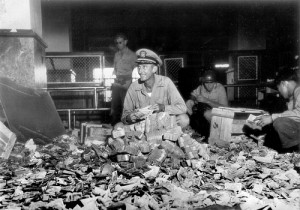 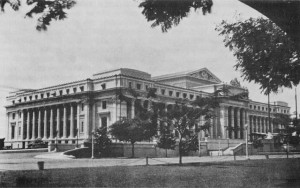 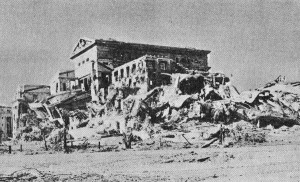