Woman registering to vote in the Mongolian referendum On 14 August 1945, while the Mongolian–Soviet army was still marching against the Japanese army in Inner Mongolia and Manchuria, the Chinese and Soviet governments exchanged official pledges. In its note, the Chinese Government ‘recognizes the independence of Outer Mongolia in her existing boundaries, if they prove their will to be independent nation state after the war’. The Soviet Union, satisfied, replied that the government of Soviet Union respected the independence and territorial integrity of the Mongolian People’s Republic (MPR).

On 21 September, in accordance with the agreement between Soviet Union and China, representatives of the Small Khural, the MPR’s governing body, resolved to conduct a nationwide National Referendum for Mongolian Independence on 20 October. According to the decision, all citizens with voting rights should participate. People ranging from herders to workers to elites attended over 13,000 meetings held throughout the country. In the meetings people expressed their pride in Mongolia’s road to independence and stated that they were very keen to vote for Mongolian independence.

Bumtsend G, head of the MPR Central Commission for National Independence, met with Li Fazhang at 6:00 p.m on 22 October to present the preliminary results of the referendum. Deputy head of the central commission, Ch. Surenjav, Deputy Foreign Minister E. Namsrai and translator Rentsensonom also participated in the meeting. According to the Central Commission, ‘On 20 October, 1945, a nationwide referendum was held regarding Mongolian Independence. According to the information collected by the Central Commission on 21 and 22 October, 97.8 % of those eligible voted in the National Referendum for Independence and all citizens who participated voted unianimously for the MPR to be an Independent Nation State.’

Li Fazhang’s delegation ‘observed the national referendum process both in the city and the countryside by dividing into two groups on October 20, 1945 under the order of the Government of Republic of China. Today, the head of the Central Commission has report ed the outcome of the referendum and we are satisfied with the proceedings. Therefore, we hereby congratulate the leaders and citizens of the Government of Outer Mongolia for succesfully conducting their national referendum.’

This unanimous response shows the pure will and committment of the citizens of the Republic of Mongolia to become an independent nation state. After receiving the official result, the Chiang Kai-shek government approved the independence of MPR on 5 January 1946 and five weeks later, on 13 February, formal diplomatic relations were established. 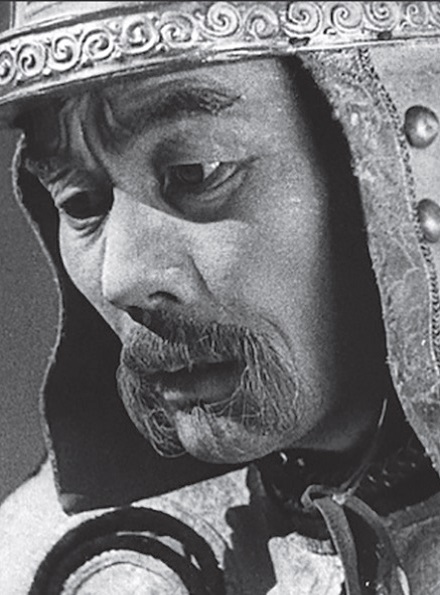 Also in 1945, the Mongolian film Tsogt Taij was released. Popular to this day, it depicts a medieval hero fighting against foreign invaders, with a nationalist vision of a ‘united and sovereign’ Mongolia.  In reality, the October independence referendum meant acceptance of the permanent division of the Mongols