The diversities of East Indonesia would have been difficult for Indonesian nationalism to overcome in any scenario. The war appeared to widen the gap, since Borneo and all the islands to the east of Java were administered by the Japanese Navy (Kaigun), whereas Java and Sumatra were administered by two separate Japanese armies. The Kaigun had understood from the outset that its zone constituted ‘sparsely populated primitive areas’ to be permanently retained by Japan, with no thought of political mobilization let alone independence. It also became in 1944–45 a front line of the war, as the Allies fought their way back along a northern route from West Papua to Morotai to Tarakan and Balikpapan in Borneo. There were 125,000 Japanese troops in the Navy area at the surrender, ruling about a fifth of the population that 50,000 Japanese controlled in Java.

Only the desperate military situation convinced Tokyo in June 1945 that the nationalists should be given some reason to defend this region against the Allied counterattack. The Menadonese-Christian veteran politician Dr ‘Sam’ Ratulangie was then allowed to organise a nationalist mass movement in the Kaigun’s capital at Makassar. Only in South Sulawesi did it have any real following, largely because influential Bugis rulers (raja) supported him and opposed the Dutch return. In the days before the surrender the Japanese managed to fly Ratulangie and three supporters to Jakarta for the PPKI meeting, where he had no success arguing for a more federal Republic. He was appointed Governor of Sulawesi, and flown back there by the Japanese, whereas the Jakarta-based politicians appointed governors of Borneo and the Moluccas never made it to their posts. A Balinese Governor of the Lesser Sundas made his way overland to Bali. Only in Bali and South Sulawesi was there effective resistance to the Dutch return.

Douglas MacArthur, U.S. commander of the Southwest Pacific, wanted to focus on the Philippines and Japan itself, and transferred the task of occupying Indonesia to Mountbatten’s British Southeast Asia Command on 15 August. Mountbatten delegated Borneo and East Indonesia to the Australians, already established in Balikpapan and Darwin. When their ships reached key cities between 11 and 22 September, the Japanese cooperated fully and most Indonesians welcomed the end of war’s hardships and the return of the pre-war order. Australians disarmed the Japanese and passed administrative responsibilities to the Dutch smoothly in most areas in December 1945. Many Australian ordinary soldiers resented what they saw as Dutch colonial arrogance, while a few who were members of the Australian Communist Party actively promoted the Indonesian independence cause. After a couple of Australians were killed or injured by hot-headed youth, however, their mood hardened. Only in South Sulawesi did Australia face the dilemma the British did in Java and Sumatra, whether to deal with a Republican administration or to take power forcibly from it.

Australian troops landed in Makassar on 21 September, together with some Dutch Civil Affairs (NICA) officers who set about mobilising pro-Dutch militias. The commander of Makassar Force, Brig. Gen. Ivan Dougherty, confined some undisciplined pro-Dutch units to barracks after they had provoked violence in the city but declined to meet Ratulangie until virtually forced to do so by other Indonesian actors. The policy of Ratulangie and the rajas who supported him, to accept Australian authority but not Dutch, became impossible as both Dutch and Republican forces became mobilised. Major violence erupted on 29 October, after which the new commander, Brigadier Frederick Chilton, set Ratulangie a three-week ‘test’ of whether he could control the young fighters. This failed, and in November Chilton backed the Dutch officials fully, arrested the most militant rajas, and in effect forced the resistance to lie low until Australian troops pulled out on 2 February 1946.

Violence broke out as soon as the Australians were gone, and South Sulawesi remained a troubled province with a high degree of lawlessness until 1965. Elsewhere in Borneo and the East, however, a Dutch administration was able to re-establish itself swiftly with the cooperation of Christian minorities and most rajas. East Indonesia became the main laboratory for Dutch attempts to evolve gradually to self-government through complex federal arrangements. Nevertheless the elected representatives of East Indonesian federal states supported Republican rather than Dutch positions in the conflicts of 1948–49. Federalism was destroyed by the victorious Republic in 1950 and has not again been attempted. 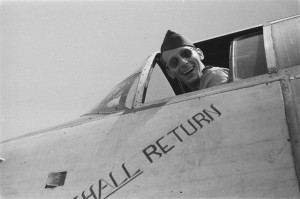 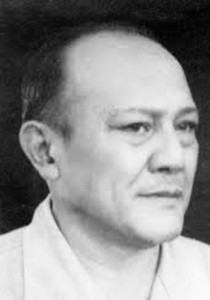