On the day the Soviet–Mongolian army crossed the Manchurian border, Puyi, the emperor of Manchukuo, was informed that the capital was to be moved from Hsinking (Changchun) to Tunghua in the south for safety, and he and the court would have to move immediately. The Kwantung army was planning a defence line around Tunghua. As with many of his ministers, the emperor was reluctant to leave the capital, yet on 11 August 1945, the royal court and most of the ministers began their journey and arrived, as requested, in Dalizigou (Talizukou) two days later. There, they heard about the capitulation of Japan on 15 August and the emperor officially abdicated, declaring the collapse of Manchukuo. Puyi and a few of his close male relatives boarded a small plane provided by the Japanese to take him to Hsinking. He planned to take a bigger plane to Japan on 17 August but was captured by the Soviet Army at Hsinking airport and taken to Siberia.

In many ways, Puyi’s life history reflects the political changes of China during the 20th century. He was an unfortunate man fated to become emperor of a failing dynasty at a time of rising revolution, but at the same time he was a fortunate man who survived major political turmoil not only in China but also in Northeast Asia. His survival seems to be related to his inclination to accept and adapt to his environment, albiet reluctantly. He was brought to the Ching court to be enthroned as an emperor when he was three years old in 1908. Barely three years later, the Chinese Republic forced him to abdicate, but he was allowed to retain his title and court in the Forbidden City and promised, among other things, an annual subsidy of $4 million. He was permanently confined in the Forbidden City for 12 more years. He was interested in the outside world, but accepted a reality that forbade him to explore it. In 1924, the Chinese Republic changed its mind and demanded that he give up residence in the Forbidden City and renounce his title. He sought protection from the Japanese legation. In 1932, when he was 25, the Japanese army installed him as the Chief Executive of the new state Manchukuo. Although he was determined to build a Manchu state and become a real ruler, he was young and inexperienced; to be fair, few would have been able to resist the Japanese military and intriguing ministers who ostensibly served him.

After his capture on 17 August, the Soviet army took Puyi first to Chita and then to Khabarovsk. He and his colleagues were well cared for in Soviet resort hotels. During that time, he was summoned to the International Military Tribunal for the Far East in Tokyo. He proclaimed his innocence, insisting that he had been forced to become ruler of Manchukuo by the Japanese and that the Japanese ruled Manchukuo. He was not charged. It seems that his acceptance of Japanese domination and his passivity saved his life in the end. He was returned to China in 1950 but with dignity, seated with the Soviet officials like a guest in the train. This was in strong contrast to how the Mongolian People’s Republic deported De Wang, covering his eyes and tying his hands behind his back like a criminal. In the Chinese prison in Fushun (and Harbin), Puyi underwent re-education until 1959 when he was released to become a ‘real citizen’ of the People’s Republic of China. He adopted the new ideology and new political and social environment without complaint. 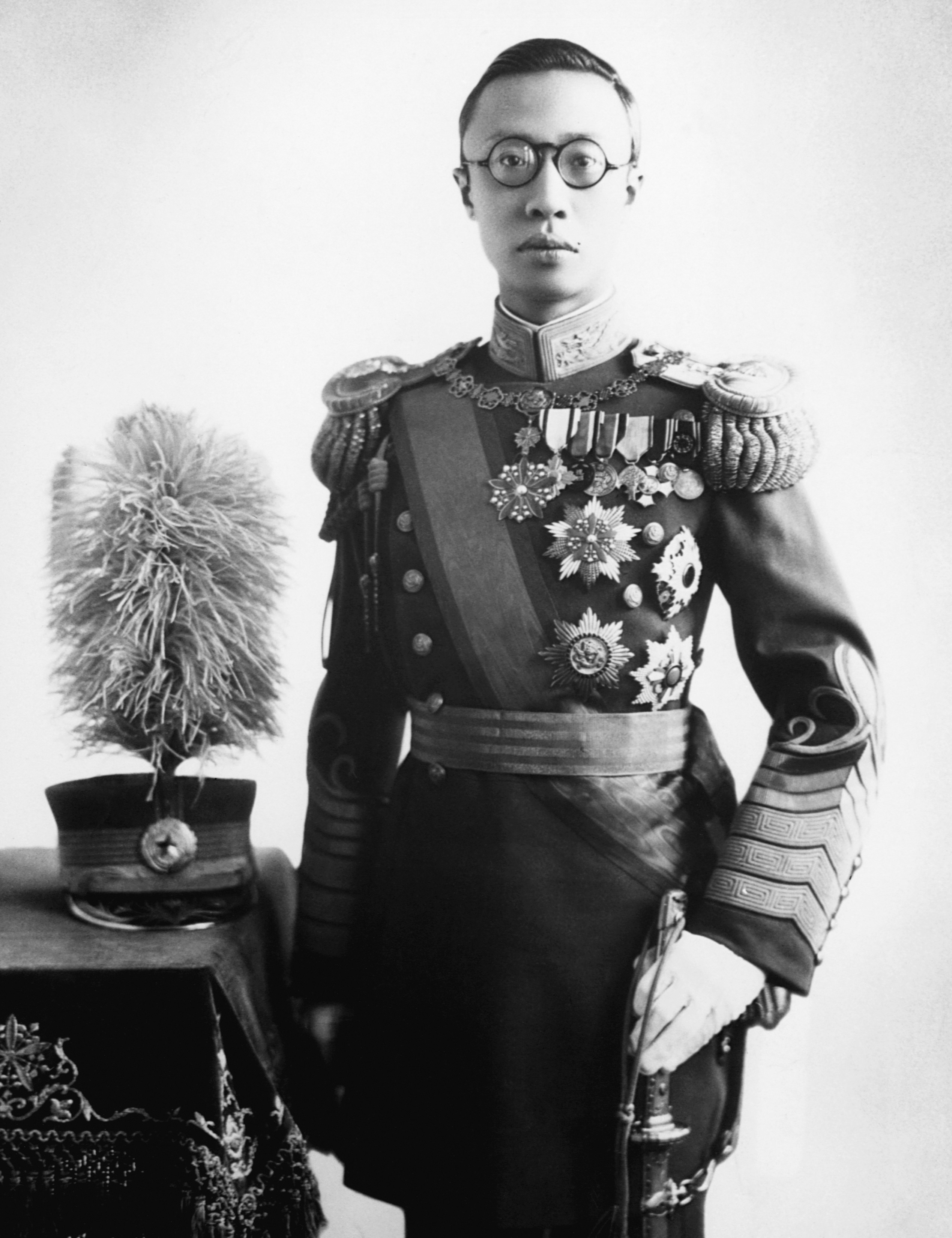 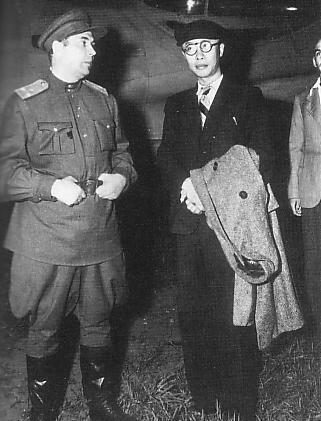 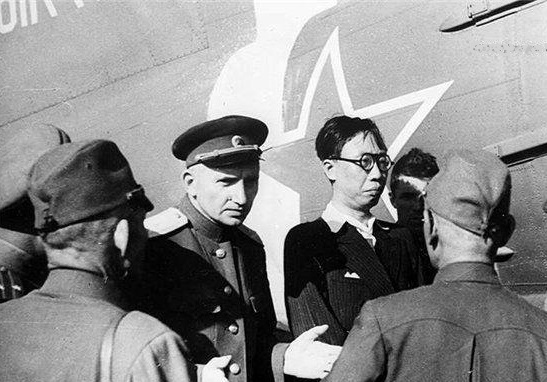 Puyi, disgraced, being sent to the Soviet Union. 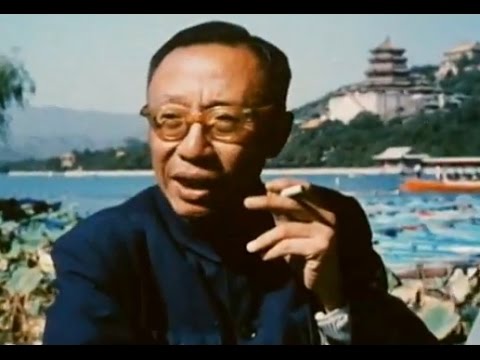