Hiroshima: In the photographer’s own words 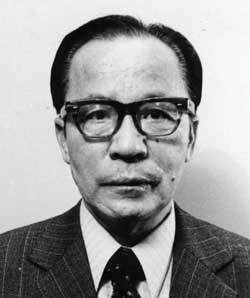 An injured policeman writes relief certificates for rice rations to A-bomb survivors. Taken at a tram stop near the Miyuki Bridge, about 5 p.m. (Photo and caption by Matsushige Hoshito) I had finished breakfast and was getting ready to go to the newspaper when it happened. There was a flash from the indoor wires as if lightening had struck. I didn’t hear any sound, how shall I say, the world around me turned bright white. And I was momentarily blinded as if a magnesium light had lit up in front of my eyes. Immediately after that, the blast came. I was bare from the waist up, and the blast was so intense, it felt like hundreds of needles were stabbing me all at once. The blast grew large holes in the walls of the first and second floor. I could barely see the room because of all the dirt. I pulled my camera and the clothes issued by the military headquarters out from under the mound of the debris, and I got dressed. I thought I would go either to the newspaper or to the headquarters.

That was about 40 minutes after the blast. Near the Miyuki Bridge, there was a police box. Most of the victims who had gathered there were junior high school girls from the Hiroshima Girls Business School and the Hiroshima Junior High School No.1. They had been mobilized to evacuate buildings and were outside when the bomb fell. Having been directly exposed to the heat rays, they were covered with blisters the size of balls, on their backs, their faces, their shoulders and their arms. The blisters were starting to burst open and their skin hung down like rags. Some of the children even had burns on the soles of their feet. They’d lost their shoes and run barefoot through the burning fire. When I saw this, I thought I would take a picture and I picked up my camera. But I couldn’t push the shutter because the sight was so pathetic. Even though I too was a victim of the same bomb, I only had minor injuries from glass fragments, whereas these people were dying. It was such a cruel sight that I couldn’t bring myself to press the shutter.

Perhaps I hesitated there for about 20 minutes, but I finally summoned up the courage to take one picture. Then, I moved 4 or 5 meters forward to take the second picture. Even today, I clearly remember how the view finder was clouded over with my tears. I felt that everyone was looking at me and thinking angrily, ‘He’s taking our picture and will bring us no help at all.’ Still, I had to press the shutter, so I hardened my heart and finally I took the second shot. Those people must have thought me duly cold-hearted. Then, I saw a burnt streetcar which had just turned the corner at Kamiya-cho. There were passengers still in the car. I put my foot onto the steps of the car and I looked inside. There were perhaps 15 or 16 people in front of the car. They laid dead one on top of another. Kamiya-cho was very close to the hypocenter, about 200 meters away. The passengers had stripped them of all their clothes. They say that when you are terrified, you tremble and your hair stands on end. And I felt just this tremble when I saw this scene.

I stepped down to take a picture and I put my hand on my camera. But I felt so sorry for these dead and naked people whose photo would be left to posterity that I couldn’t take the shot. Also, in those days we weren’t allowed to publish the photographs of corpses in the newspapers. After that, I walked around. I walked through the section of town which had been hit hardest. I walked for close to three hours. But I couldn’t take even one picture of that central area. There were other cameramen in the army shipping group and also at the newspaper as well. But the fact that not a single one of them was able to take pictures seems to indicate just how brutal the bombing actually was. I don’t pride myself on it, but it’s a small consolation that I was able to take at least five pictures.

During the war, air-raids took place practically every night. And after the war began, there were many food shortages. Those of us who experienced all these hardships, we hope that such suffering will never be experienced again by our children and our grandchildren. Not only our children and grandchildren, but all future generations should not have to go through this tragedy. That is why I want young people to listen to our testimonies and to choose the right path, the path which leads to peace.

Matsushige Yoshito's story, as he wrote it himself, comes to us via Ayelet Zohar 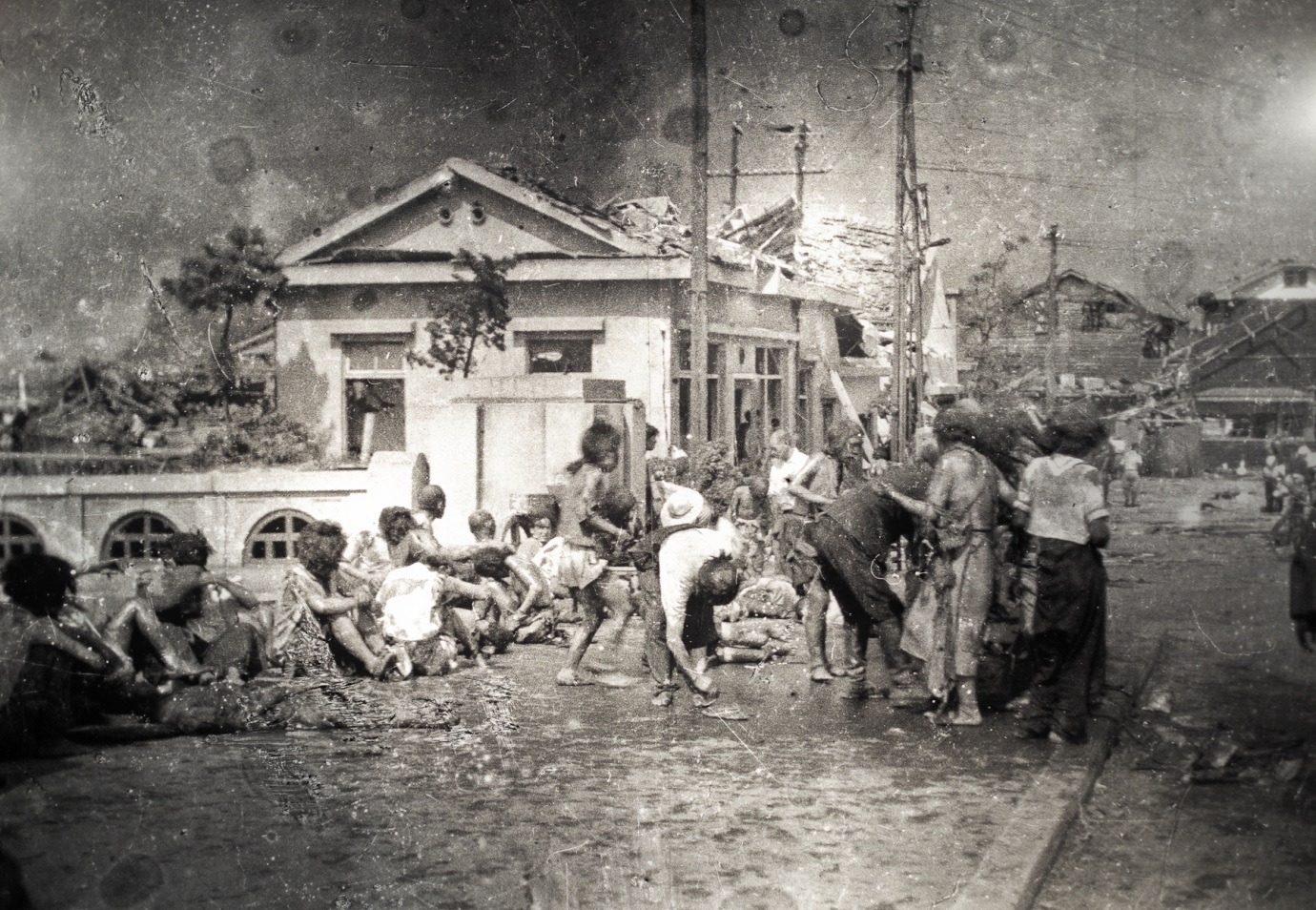 Police pour cooking oil over junior high school children to soothe their burns. Photo taken on Hiroshima's Miyuki Bridge between 11:00 and 11:30 a.m., 2.3 kilometres from the hypocenter of the blast. (Photo and caption by Matsushige Hoshito) 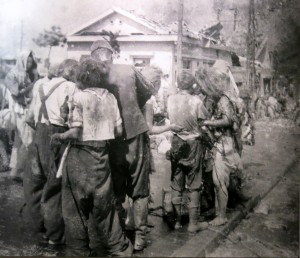 Same view as in the first photo but from a closer perspective. (Photo and caption by Matsushige Hoshito) Matsushige's wife, wearing an air raid helmet, attempts to clear rubble from their barber shop home. About 2 p.m., 2.7 kilometers from the blast hypocentre. (Photo and caption by Matsushige Hoshito)