Political tensions in the Philippines

28 September 1945. With the failure of President Osmeña’s attempt to create a dialogue between landlords and peasants, the political situation worsens. In the following month, Central Luzon will be the site of political flare-ups as the newly formed Democratic Alliance tries to organize meetings among peasants. Government forces in armoured cars represent the interests of the landlords and keep a close watch. Permits to rally are denied and arrests made. American military policemen assist the Filipino MPs, thus showing U.S. support for the existing social order. Pro-government publicists allege a communist plot to overthrow the government. 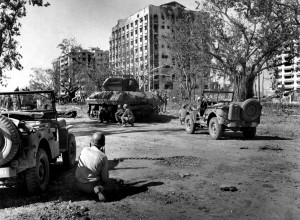 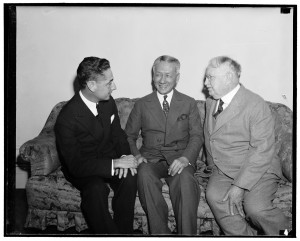