22 August. On the same day that the Japanese surrender is publicly announced in Indonesia, the Preparatory Committee for the Independence of Indonesia (PPKI) meets again and sets up the Central Indonesian National Committee (KNIP) as a proto-legislature to advise the government. The beginnings of a national army are made as well with formation of a People’s Security Agency (BKR), which recruits among disbanded troops from Peta and similar units. The Partai Nasional Indonesia (PNI) is also established as a state party, with Sukarno as ‘Great Leader’, Hatta as ‘Deputy Great Leader’ and Sartono as ‘Head’ (see p. 122). At the end of the month, however, the party is dissolved after being considered ‘unnecessary’. (A new PNI is launched in January 1946.)

The military in the early Indonesian republic by Harry Poeze 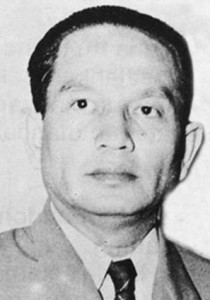