11 November 1945. Finding himself increasingly marginalized within the People’s Republic and tacitly accepting General Hodge’s demand that the KPR reorganize itself as a political party, Yŏ Unhyŏng resigns his KPR positions. He then establishes the People’s Party, a moderate but short-lived left-wing political party. Yŏ’s departure effectively leaves the communists in control of the KPR but sidelined by the U.S. military government, which rejects its leftist agenda. 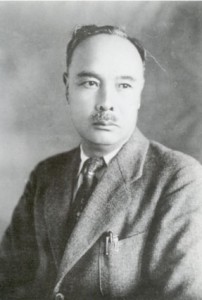