11 November 1945. Ho Chi Minh has been under growing pressure from Chinese generals to accept members of the Nationalist Party and Revolutionary League into his government, and an accord in late October between the Viet Minh and two northern nationalist parties has not been enough; nationalist criticism remains intense. In a move designed to allay American, Chinese and also domestic fears of a communist takeover in Vietnam, Ho calls together a meeting of the ICP and instructs its leaders to announce voluntary dissolution of the party. Vietnam’s opportunity to gain complete independence should not be jeopardized by differences of class or political party, the closing resolution declares. In reality, the ICP returns to operate in the shadows, though now protected rather than hounded by the police. The dissolution of the party nonetheless raises doubts among French, Chinese and especially Soviet communists as to the ideological commitment of the ICP in general and the ideological mettle of Ho Chi Minh in particular. 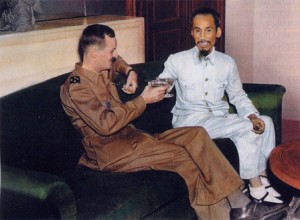