18 August. Subhas Chandra Bose, leader of the Indian National Army, dies in a Taiwanese plane crash en route from Malaya to the Japanese home islands. The news staggers the Malayan Indian community from which he has just departed. Wreaths quickly adorn the INA war memorial in Singapore whose foundation stone Bose had laid only weeks earlier. One of the first actions of the British on their return to Singapore is, on 6 September, to demolish the memorial. 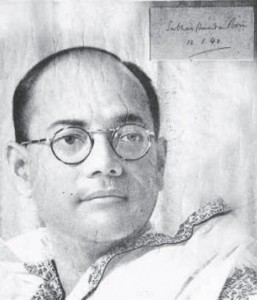