The memorial park of the martyrs of Soviet-Mongolian allied forces

How is the Mongolian participation in the war against Japan in August 1945 remembered in China? The question may sound moot in a society whose sense of omnipotence is bolstered by magic-ridden media propaganda that the CCP alone fought and won the war. But the invitation of Russia and Mongolia to the 70th V-J Day celebration in Beijing on 3 September 2015 is a sign of a new geo-political configuration in which China perhaps needs as many international allies as possible for a ‘protracted’ psychological war against Japan. In this context, it is not surprising that the Memorial Park of the Martyrs of the Soviet-Mongolian Allied Forces in Zhangbei of Zhangjiakou city, Hebei Province has been included among 80 state facilities and sites commemorating the Anti-Japanese War, according to a list released by the Chinese government on 1 September 2014. Located on a hilltop at a place called Liangwogou, literally Wolf’s Lair Valley, which is part of what is called Yehuling – Wild-Fox Ridge – the Park commemorates a battle waged by the Soviet-Mongolian allied forces against the Japanese army in August 1945. Together with the World Anti-fascist War Hailar Memorial Park and the Nomonhan Battle Site Exhibition Hall in Hulunbuir City, Inner Mongolia, it both acknowledges and celebrates the Soviet-Mongolian contribution to the war against Japan in China.

Following the Soviet declaration of war on Japan on 8 August 1945 and in fact preceding the Mongolian 10 August declaration, a Soviet-Mongolian Cavalry-Mechanized Group moved into Inner Mongolia and marched in the direction of Kalgan (Zhangjiakou), the capital of Prince Demchugdongrub’s Mongolian Autonomous State. Encountering little resistance in Inner Mongolia, the allied forces’ march was stalled at Zhangbei, or what the Mongols called Jangjahuugiin Davaa – the Ridge of Zhangjiakou. On the 15th, after losing Zhangbei, Japanese soldiers retreated to Langwogou which was heavily fortified with tunnels and 200 open and hidden forts. Emperor Hirohito announced Japan’s unconditional surrender on the same day, but the Mongolian army was determined to capture Kalgan and as much territory as possible in Inner Mongolia. Similarly, Soviet armies plunged as deeply as possible into Manchuria before ceasefire. Two brigades, one Mongolian one Soviet, launched a joint attack on 19 August. In the ensuing three-day battle, ten Mongolian soldiers died and 21 were wounded; their Soviet comrades lost 75, plus 116 wounded. On the 22nd, the main Japanese units retreated to Kalgan to escort the last batch of Japanese civilians to Beiping (Beijing). By this time, however, the Soviet-Mongolian joint armies had been ordered not to cross the Great Wall into China proper.

After the battle, the CCP-led local government and people of Zhangbei county built a cemetery and a memorial tablet near the battlefield. According to the inscription on the current tablet, the original memorial was destroyed by the Chinese Nationalist Army after it occupied Zhangbei in 1946. The People’s Liberation Army rebuilt it after recapturing Zhangbei in 1948 and, on 20 October 1957, a new memorial park was dedicated to the martyrs of the Soviet-Mongolian Allied Forces.

The Memorial Park of the Martyrs of the Soviet-Mongolian Allied Forces comprises three pieces of architecture: tomb, monument, and tablet. Deep inside the park, up on the hill is the tomb of the Soviet and Mongolian martyrs enclosed in a walled yard. One hundred metres to the north is a 28.8 metre tall monument, 28 symbolising the 28 years from the October Revolution in 1917 to 1945, and 8 signifying August 1945 when the Soviet Union and MPR declared war against Japan, as well as the Chinese 8-year war of resistance. Nine Chinese characters are carved in the white marble on the monument’s eastern and western sides: ‘Su-Meng-lian-jun-Lie-shi-jinian-ta’ (Monument to the Martyrs of the Soviet-Mongolian Allied Forces). On the southern and northern sides, the national flags of the People’s Republic of China, the Soviet Union and the Mongolian People’s Republic are presented. The tower’s top is capped with three stars, symbolising the combat friendship of the three nations. It is notable that the Mongolian national flag is most prominent and slightly covers the Chinese and Soviet flags. On the wall of the left side of the pavilion at the bottom of the monument, the names of 53 Soviet Red Army soldiers are carved in Chinese and Russian. The names of 13 Mongolian Revolutionary Army soldiers are carved in Chinese and Cyrillic Mongolian.

The tablet, standing in front of the monument, contains a 1,300 character inscription documenting the battle and its background. The last paragraph of the inscription reads in part: ‘Now that the socialist revolution of the Chinese people has basically been completed, the people of our nation have forever been freed from the painful life of oppression, slavery and exploitation. A shining and beautiful future is displayed before us. However, the people of our county deeply understand the fact that our liberation and the march along the broad road of socialism cannot be separated from the blood shed by the Soviet-Mongolian martyrs; deep down in the heart of the Chinese people, [we] eternally commemorate the great contribution made by the Soviet-Mongolian allied forces to the cause of our country’s liberation…’

Memories are topographic, too. Not far from the memorial park is a gigantic monument of Chinggis Khan on horseback, commemorating his battle against the Jin dynasty in 1211. Khan’s Mongol army defeated the 400,000-strong Jin army, effectively opening the door for his grandsons to conquer China. 700 years later, the MPR launched a ‘Liberation War’ ‘to liberate and unite all Mongol tribes under one family-state’. While this mission utterly failed, the monument commemorates the Mongolian contribution to the liberation of China from Japanese fascism. Next to the Chinggis Khan statue is a tourist park called Yehuling Military Fortress, the site of the North China Military Exercise conducted in September 1981. The largest military exercise ever launched after the Cultural Revolution, it targeted the Soviet Union and its ally the MPR as the imaginary foes.

The parallel existence of the three memorials with diametrically opposing meanings at the border of historical Mongolia and China stands as witness to the region’s complex history. The recent Chinese resuscitation of the Martyrs’ Memorial Park to celebrate a forgotten friendship against an externalized enemy may reflect the prevailing zeitgeist of the moment, but the irony should not be lost in the fact that, today, Japan has become Mongolia’s best Asian friend.

Uradyn E. Bulag is Reader in Social Anthropology at the University of Cambridge. His interests broadly span East Asia and Inner Asia, especially China and Mongolia, nationalism and ethnic conflict, diplomacy, and statecraft. He is the author of Nationalism and Hybridity in Mongolia (1998), Oxford: Clarendon Press, The Mongols at China’s Edge: History and the Politics of National Unity (2002), Lanham: Rowman and Littlefield, and Collaborative Nationalism: the Politics of Friendship on China’s Mongolian Frontier (2010), Lanham: Rowman and Littlefield, which received the International Convention of Asian Scholars 2011 book prize in social sciences. E-mail: [email protected]

Entrance to the Memorial Park of the Martyrs of Soviet-Mongolian Allied Forces (©Uradyn E. Bulag, 5 August 2014) 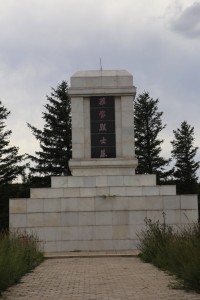 Tomb at the Memorial Park of the Martyrs of Soviet-Mongolian Allied Forces (©Uradyn E. Bulag, 5 August 2014) 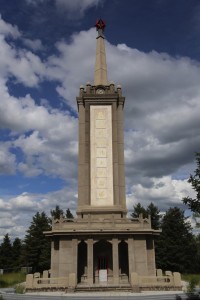 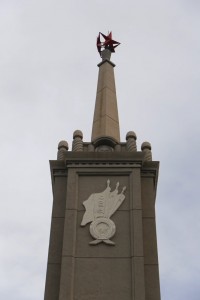 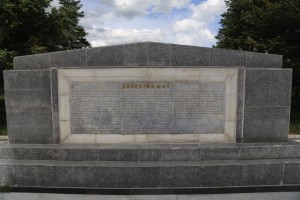 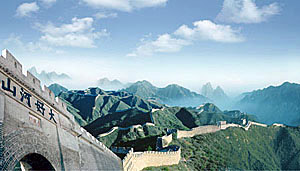 The features that make Zhangjiakou . . . 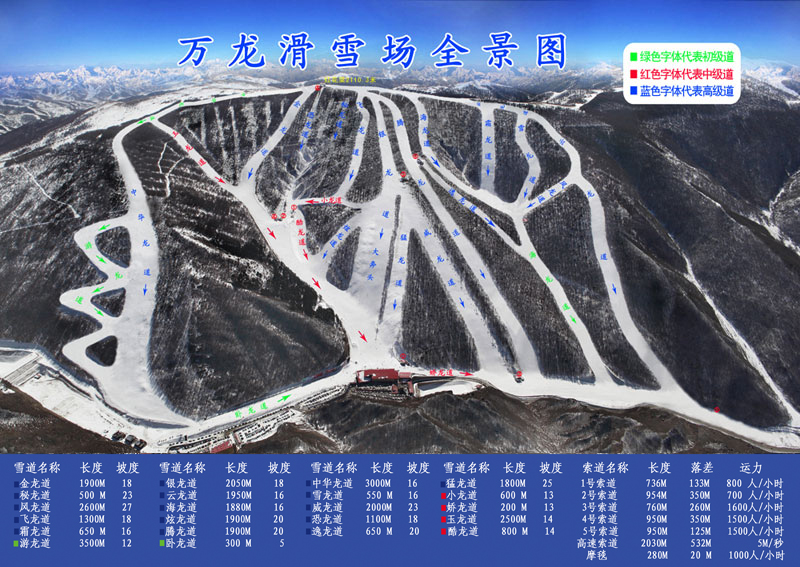 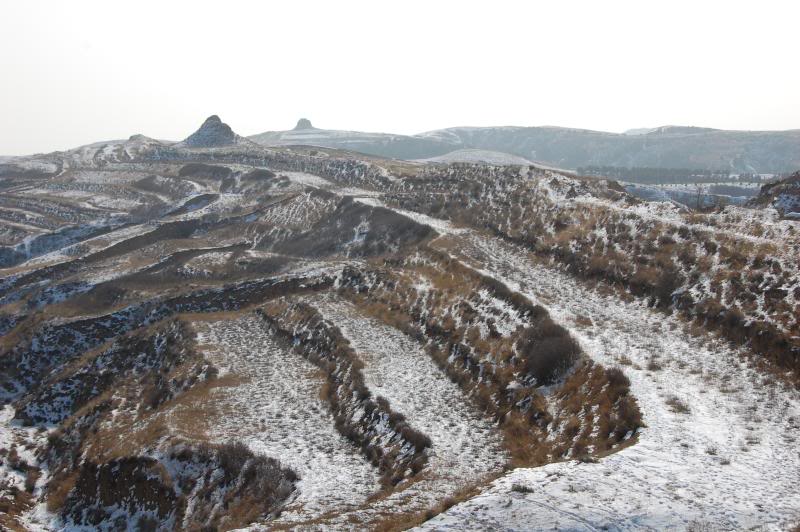