Forced labourers and their fate

When the Australian Army effected amphibious landings on British Borneo in June 1945, the Japanese retreated inland, leaving behind the labourers they had brought from Java. The Australians found these abandoned labourers, starving or dead (see photos). They were among nearly 300,000 labourers the Japanese mobilized from Java and sent to other parts of Southeast Asia, including 120,000 to Sumatra. In the months following Japan’s surrender, the Allies disarmed the Japanese and repatriat ed them as well as Asian labourers. In November 1945 in Singapore, the Netherlands set up the Netherlands Bureau for Documentation and Repatriation of Indonesians, which repatriated about 70,000 men from parts of Southeast Asia, not including Sumatra. In addition, Indonesian, British and Australian authorities, and the Dutch in Sumatra, also repatriated a comparable number of Javanese labourers, while some labourers found their own way home.

The Japanese mobilized labour to build military facilities, including 119 airfields in eastern Indonesia, and obtained labour from wherever they could. A district head in Bali testified that he sent off over one thousand labourers but only one hundred or so returned after the war. According to him, coercion was unnecessary because the occupation created massive unemployment among the local coffee growers; an alternative to labouring for Japanese was starvation.

Battlefronts were often located in areas deficient in food. Sending food to the front lines was harder than sending personnel because food had to be consumed constantly. To compensate poor logistical support, the Japanese used forced labourers to create agricultural colonies near the frontlines. Despite such attempts, about 200,000 Japanese troops starved to death in New Guinea alone. Death rates among agricultural labourers were high. In British Borneo in 1944, the Japanese forced 242 Javanese men to farm for the Japanese. By November, 118 of them had died, 65 fallen ill, six escaped, and only 53 men were working.

Disruption in marine transport also necessitated labour mobilization. The Japanese built railways in Thailand, Burma, Sumatra, Java, Malaya, Borneo and Sulawesi, largely to compensate for the reduction in regional marine transport (see p. 106). In northern Sulawesi before the war, people exported coconut meat and shipped in food from southern Sulawesi. No road connected the north and the south. Disruption in coastal navigation drove the people in the north to the verge of mass starvation. The Japanese forced local people to build a road to send food overland from the south to the north. The local people remember this forced labour as one of their most painful wartime experiences.

Labour dislocation occurred within each densely populated area as well. Prices of daily essentials rose more rapidly than rural labourers’ incomes and made it impossible for them to make a living in their villages. Consequently, in northern Vietnam, which was under the French administration until 9 March 1945, over two million people walked away from their villages, half of them starving to death in the winter of 1944–45. Elsewhere in Southeast Asia, towns and cities swelled as destitute people from the countryside streamed in and formed shantytowns. Migration from urban centres to rural areas also took place. Before the war, Singapore and the Malay peninsula imported two thirds of locally-consumed rice. During the war, food importation dropped and the Japanese forced some urban people to migrate to rural areas to grow their own food.

When labour was locally mobilized, most labourers heard the news of the Japanese surrender soon after 15 August and began to return home even when they were not officially dismissed. Near Phnom Penh, for instance, the Japanese mobilized about three thousand labourers daily to dig anti-tank moats. From 16 August, the workers began to walk away and, by 20 August, none was left on the site.

Returning home did not mean their life returned to normal. The rural population’s socio-economic dislocation was more extensive than geographical displacement. The wartime trade disruption required economic readjustments and most able-bodied people throughout the region were forced to labour in ways different from pre-war times. Such changes resulted in a drop in labour productivity and, coupled with hyperinflation, sank the rural poor deeper into poverty. Economic hardships aggravated class tensions and precipitated social revolutions that soon after the Japanese surrender erupted in places like Vietnam, Aceh, northern central Java, the Malay peninsula and the Philippines. 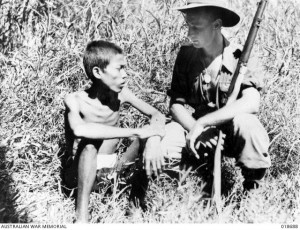 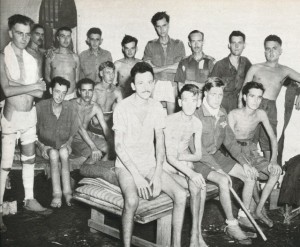 Burma POWS released in Rangoon, May 1945 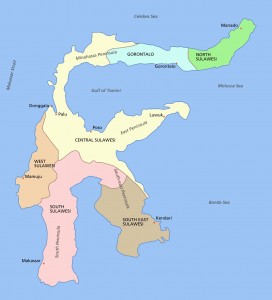 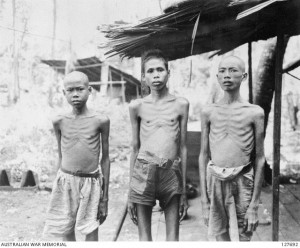 Australian troops discovered these malnourished and sickly labourers in June 1945, upon landing in Borneo. They had been abandoned by retreating Japanese forces 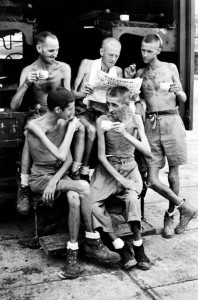