Mabel de Souza could not remember exactly when the war ended. As a waitress at Nanmei-Soo, a Chinese-owned restaurant on Cairnhill Road, she noticed that Japanese civilians began to outnumber Japanese servicemen. It had been three-and-a-half years since the fall of Singapore, but her customers began to pay for their meals in the prewar British currency. She heard the waitresses whispering to each other that the Japanese had surrendered. She saw the restaurant converted back into a dance hall, as it had been before the invasion. And then, one day, she found herself waiting on Allied servicemen.

Mabel missed the announcement of the Japanese surrender on 20 August for the same reasons that she had done reasonably well for herself during the occupation. Her world was confined to the two-kilometre walk between Nanmei-Soo and the apartment she shared with her mother on Bencoolen Street. Mabel was paid entirely in tips by the end of the war, which insulated her income from the runaway inflation of the late occupation. She brought home leftovers and never had to register with the local Auxiliary Police Squad for a rationing card. She stayed home to prepare food for her mother in the morning, worked late into the evening, and even avoided going to Mass.

Mabel was Eurasian: a member of the complexly divided mixed-race community of prewar Malaya. Eurasians enjoyed a privileged position compared to Chinese, Malays, and Indians in the racial hierarchy that prevailed under the British. As a woman with only an elementary education, though, Mabel was unable to take advantage of the access that other Eurasians had to jobs in the prewar colonial administration or Western firms. She was better off than Malay or Indian women might have been in her position: both the Japanese department store she worked at before the war and Nanmei-Soo exclusively hired Eurasian or Chinese women. But she nonetheless had to work constantly to afford rent and support her ailing mother.

During the occupation Mabel kept working and kept her head down. She did not register at the local police station when she and her mother moved to Bencoolen Street, and she never attracted the attention of the dreaded military police. In her marginalized position, the municipal government never approached her to take a leading role in the semi-official Eurasian Welfare Association. She avoided relocating to the Eurasian agricultural settlement at Bahau, where as much as a quarter of the settlers died of malaria and malnutrition. This is not to say that Mabel was ‘safe’ during the occupation: an older Japanese man tried to pull her into a dark alley near the restaurant one night (she escaped when he stumbled and fell), and two other times she was followed by Japanese servicemen on her way home. Rather than safety her marginalized position offered her anonymity, which allowed her to avoid the invasive attention of the Japanese occupation state.

It is unsurprising, then, that Mabel did not feel that her life changed much after the Japanese surrender. When pressed during an interview at the National Archives in Singapore, she admitted that conditions were better in the city after the war, but ‘I was staying in Bencoolen Street, there were quite a lot of poor people, most of them Eurasians.’ Mabel left her job at Nanmei-Soo – British soldiers did not tip very well – and eventually found employment at a local bookstore, but her time was still consumed by work and caring for her mother. Only after she was able to find her mother a bed in the tuberculosis ward of a local hospital, with the help of a new fiancé, did her life noticeably improve. Mabel was relieved when she heard that the war was over. But for her and many others life would grind on much as it had before.

Clay Eaton is a PhD candidate in the Department of East Asian Languages and Cultures, Columbia University 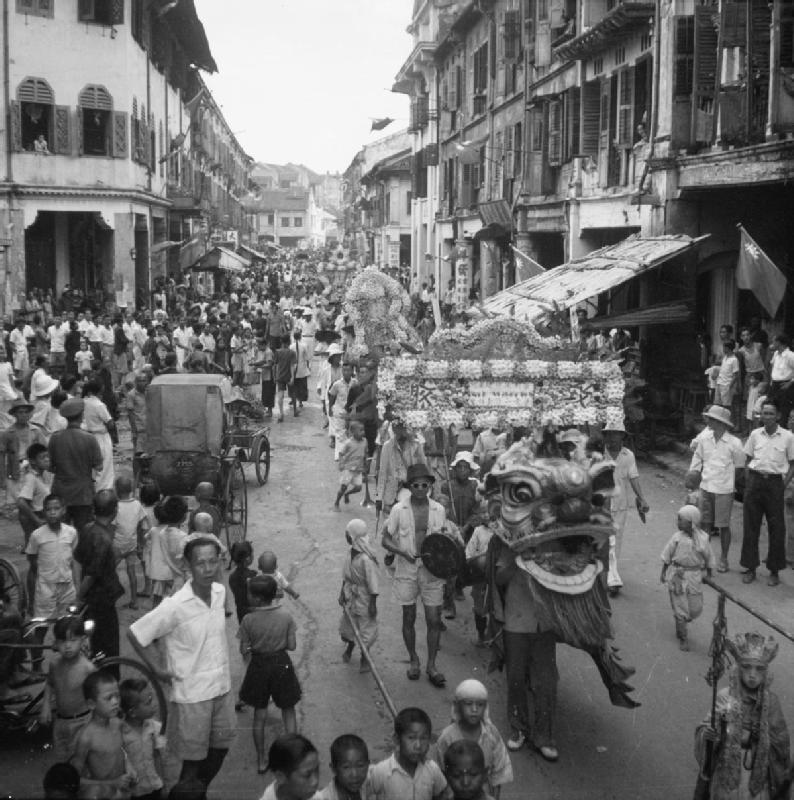 For many Singaporans, the Allied return simply replaced one sort of hustle with another, not terribly different, sort of bustle.