At the official Japanese surrender ceremony in Saigon on 30 September, Field Marshal Terauchi Hisaichi agreed that Japanese troops would be responsible for law and order in southern Indochina until Allied troops arrived. Nonetheless, as many as 10,000 rank-and-file soldiers quickly chose a different strategy, namely desertion. Many shared their military expertise with the Viet Minh and Pathet Lao, thus making a direct connection between the way WW II ended and the general history of subsequent Indochinese revolutionary movements.

A range of ‘psychological’ reasons for desertion were established by French intelligence. First, a majority headed for the bush because they were ignorant of the fate that awaited them, just as their Viet Minh sponsors kept them in the dark as to the possibility of repatriation. Second, certain officers and grades went over to the Viet Minh side for political reasons, including sympathy for the pro-independence cause. Third, certain nationalist elements joined the Viet Minh ranks in the belief that they could achieve their Greater East Asia dreams. Fourth, some joined Cao Daoist ranks owing to supposed similarities with Shinto. Fifth, some were disoriented by the Imperial rescript under which the Emperor repudiated the myth of his divinity. Sixth, war criminals were conscious of their fate should they fall into the hands of the French authorities. Seventh, others more or less cognizant of conditions back home in Japan, preferred to wait out their time in Vietnam. Added to that, some were seduced by Viet Minh propaganda calling for Japanese military specialists to help wage the anti-white war. Geography, namely the location of Burma or China, offered an escape route for others.

While numerically insignificant alongside the mass Viet Minh membership (with an initial 1,000 deserters in southern Vietnam and several thousand more scattered throughout Indochina), their contribution was clear. Their role as military instructors, especially regarding guerrilla combat, was acknowledged, as was the creation of Tokkohan (special assault sections), and ‘suicide volunteers.’ Japanese officers were especially active in Nguyen Binh district of Cao Bang province, commanding the Viet Minh 7th zone. As Christopher Goscha (2002) has highlighted, individual Japanese sympathizers to the anti-French cause offered technical assistance to the Viet Minh, with some building light weapons and munitions factories and others lending their expertise as radio operators. In general, all the Japanese serving with the Viet Minh adopted a Vietnamese name with the title Tan Viet Nam (New Vietnamese).

As of 20 April 1946, an estimated 49,000 Japanese deserters-dissidents remained in Tonkin (northern Vietnam). Three thousand of these crossed over to Hainan Island (China) clandestinely while the rest scattered throughout northern Vietnam. The lion's share of these (30,500) moved to the port of Haiphong and the rest spread to a number of obscure locations, including Thai Nguyen (300); Phuc Yen (Vinh Phuc, 200)), Hoa Binh (3,000), Dong Thieu (Thanh Hoa, 3,000) and Hanoi (500). An additional 3,000 remained in Annam (central Vietnam), and an equal number are known to have relocated to Laos, some into leadership positions. One example is Col. Yamane Yoshito (contacted by the author in Vientiane in 1980-81), who rose to a high rank within the Pathet Lao movement before defecting to the Royal Lao Army in 1950. 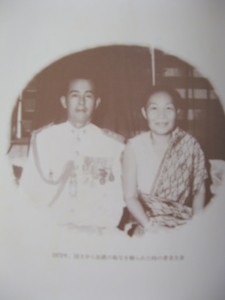 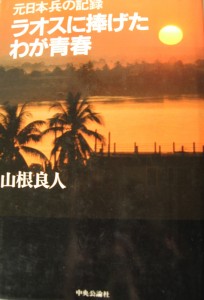