In the wake of the emperor’s surrender broadcast, rumours spread like wildfire that ‘the enemy, once landed, will violate women one after the other.’ The Home Ministry’s intelligence analysts immediately recognised the link between these rumours and the behaviour of their own forces abroad. Despite many and varied warnings and individual strategies, it was taken for granted that the foreigners would demand sexual gratification. The question: who would provide it?

The government lost no time in answering this question. On August 18, the Home Ministry sent a secret wireless message to regional police officials throughout the country instructing them to prepare special and exclusive ‘comfort facilities’ for the occupation army. Responsibility for staffing such facilities should be assumed by local chiefs of police, who were to mobilize local entrepreneurs and individuals already engaged in providing sexual services.

The issue reached up to the highest levels of government. Vice Premier Prince Konoe Fumimaro asked the national police commissioner to take personal charge of this urgent matter. ‘Please defend the young women of Japan,’ the prince, a former prime minister, is said to have implored him. General MacArthur, however, had other ideas and urged the government to limit its involvement to a formal endorsement of the project and provision of loans and police support. The entrepreneurs who were encouraged to take the lead expressed their gratitude for this lucrative opportunity to serve the nation by gathering in front of the imperial palace and shouting, ‘Long live the emperor!’

Enlisting a small number of women to serve as a buffer protecting the chastity of the ‘good’ women of Japan was well-established policy in dealing with Western barbarians. Special pleasure quarters had been set up for foreigners immediately after Commodore Perry forced the country to abolish its policy of seclusion, and in modern mythology one young woman who gave her body for the nation at that time was already glorified as a patriotic martyr. Her name was Okichi, and she had been assigned as a consort for the first American consul who assumed his duties in 1856.

To the government’s surprise, professional prostitutes proved reluctant to become latter-day Okichis. The organizers of the comfort facilities thus sought to recruit ordinary women using a variety of tactics, including this one:

As part of urgent facilities to deal with the postwar, we are seeking the active cooperation of New Japanese Women to participate in the great task of comforting the occupation force … [we also have openings for] female office clerks aged between 18 and 25. Housing, clothing and food supplied.

Most applicants left when informed what their actual duties would be. Nonetheless, by 27 August, 1,360 Tokyo women had enlisted in what soon would become known in English as the R.A.A., short for Recreation and Amusement Association.

Such R.A.A. centres expanded rapidly in Tokyo – there were 33 by one count – and spread almost as quickly to some 20 other cities. The price for a short visit with an R.A.A. consultant was 15 yen, or one dollar – about the same as half a pack of cigarettes on the Japanese market. Two or three times that amount purchased an entire night of personal diplomacy. Although these services did not prevent rape and assault, the incidence of rape remained relatively low given the huge size of the occupation force.

This initiative did not survive the early months of the occupation. In January 1946, occupation authorities ordered the abolition of all ‘public’ prostitution; privately, they acknowledged that their major motivation was an alarming rise in venereal disease among the troops. By the time the prohibition went into effect a few months later, almost 90 percent of the R.A.A. women tested positive for infection. Around the same time, syphilis was detected in 70 percent of the members of a single unit of the U.S. Eighth Army and gonorrhoea in 50 percent. It was largely to combat such diseases that the first U.S. patents for penicillin were sold to Japanese companies in April of that year.

The women who had been recruited by the R.A.A. were sent off without severance pay, but with uplifting speeches to the effect that they had ‘served the country’ and been a ‘dyke of chastity,’ albeit not their own. 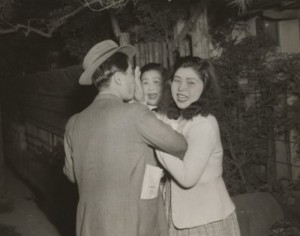 Pan Pan girls soliciting during the U.S. occupation of Japan 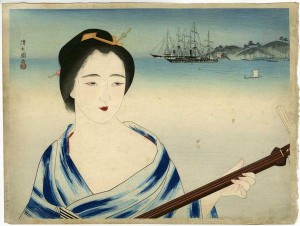 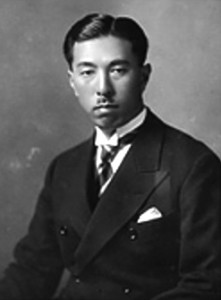 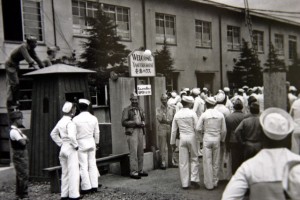 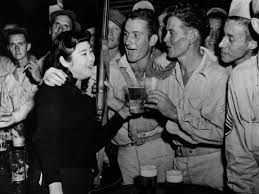