The Vietnamese revolution that began in August 1945 was no simple affair. Although today the historical focus may be on the Viet Minh road to victory, back in 1945 many different paths to Vietnamese independence were visible. This fragmentation of the nationalist movement would have serious implications in the years to come.

To understand the complexity of relations among the various and competing Vietnamese independence groups involved in the revolutionary process to overthrow colonial rule, we must turn to southern China in March 1944. At this key moment, several political parties banded together to form the Vietnamese Revolutionary Alliance (DMH), the main united front working abroad for the independence of Vietnam. With the ambivalent support of Nationalist China and in collaboration with other nationalist groups inside the country, preparations began in March 1944 on how to take power. The Japanese coup of 9 March 1945 accelerated the course of events by ousting overnight the French authorities who had ruled the divided country for eighty years. Within the country, revolutionary nationalists emerged in May in the form of the Quoc Dan Dang Front, an alliance including the Dai Viet Quoc Dan Dang, the Viet Nam Quoc Dan Dang (VNQDD) and the Dai Viet Duy Dan, with their maquis and training camps located near Hanoi (Kep, Lac Trieu, Bi Cho and Di Linh). The DMH sent their troops from China to Mong Cai in northern Vietnam, while Phuc Quoc forces gathered around Lang Son. Each group prepared its forces to march on Hanoi and claim independence. As for the Viet Minh/Indochinese Communist Party, a nascent army emerged on 22 December 1944 under Vo Nguyen Giap’s leadership. This ‘armed propaganda brigade’ numbered 34 men and planned to fight against both the French and the Japanese enemies.

In the South, the nationalist and religious forces of Hoa Hao and Cao Dai also benefitted from the overthrow of the French and developed their own armed groups with strong Japanese support. While youth groups within Vietnam became militarized following the March coup, this was even more so the case for revolutionaries in southern China. The map of the anti-French resistance by March 1945 was thus multifaceted and largely favourable to the various nationalist groups committed to the regeneration of their nation in the form of the Empire of Vietnam and led by the Tran Trong Kim government.

The sudden surrender of Imperial Japan and collapse of Tran’s government in August 1945 offered a unique opportunity for all the independence forces to take power by force. On 16 August though well equipped, the Dai Viet (Greater Vietnam) movement failed to take Hanoi because of fatal internal divisions. From its headquarters in Tan Trao, the Viet Minh front led by the communists called for a general insurrection on that same day. From 19 to 25 August, most centres of power from north to south fell into the hands of Viet Minh people’s committees. In Hue, Emperor Bao Dai abdicated in favour of the insurgents, but called on them to respect those who had not participated in the revolutionary movement. He hoped to avoid a bloody settling of scores between Vietnamese groups.

The ‘August Revolution’ and its goal of national independence were supported by many political parties and large sectors of Vietnamese society. Both were the culmination of a process initiated in March but rooted in changes dating from the mid-1920s. From the Viet Minh takeover of Hanoi on 19 August until the official birth of the provisional government on the 28th, a period of expectation prevailed in and among the different groups. No one really knew what the Viet Minh front wanted or was going to do. On 2 September 1945, Ho Chi Minh proclaimed the independence of Vietnam and the founding of the Democratic Republic of Vietnam in front of an enthusiastic yet disciplined crowd. While it was time to rejoice and give free rein to nationalist pride, within a few days the new government found itself facing virulent opposition.

The first challenge to the legality of the new DRV government came from non-communist nationalists newly arrived from southern China. Their purpose was to oppose a regime that sought to exclude and suppress them. Indeed, already on 5 and 12 September, Vo Nguyen Giap had signed decrees outlawing pro-Japanese organizations and two Dai Viet parties. Political integration was not possible, or so it seemed. Between October and December 1945, the DMH league and VNQDD front, which together formed the bulk of the nationalist opposition north of the 16th Parallel, violently criticized the Viet Minh/ICP for both its dictatorial practices and its communist ideology. Under Chinese pressure and for tactical reasons, Ho Chi Minh dissolved the ICP on 11 November, even while casting the communists as the true defenders of Vietnamese independence. During this dangerous period from October to December 1945, three agreements were signed between the VNQDD, DMH and Viet Minh (see p. 276), each side pledging its commitment to join forces in the fight against colonialism. However, repeated calls for national unity could not mask the deep divisions between the different groups supporting independence nor the violence in society that increased between them (see p. 80). Communist-organized arrests and assassinations of their nationalist opponents and non-communist kidnapping of members of the Viet Minh became common.

By adopting the strategy of ‘peace in order to advance’ (hoa de tien), the communists intended to maintain power at all costs. For this reason, its leaders were prepared to negotiate secretly and directly with the French, whereas the nationalist opposition condemned such a policy. For the Viet Minh, however, the issue in the first months of 1946 was survival in the face of strong nationalist pressure. Thanks to its tight organization, the Viet Minh survived these nationalist attacks and was also able to undermine efforts to create a real coalition government in which non-communists would have some power.

On 6 January, the Viet Minh won a resounding victory in the Democratic Republic of Vietnam’s first contested elections. The communist core of the DRV took advantage of the legitimacy this result provided, placing reliable communists in key positions in order to control security services and maintaining their power as a new ‘unity government’ emerged from the first meeting of the National Assembly on 2 March 1946. In July 1946, as Chinese forces withdrew from northern Indochina and following the discovery of a coup d’état plot by the Dai Viet party, the ICP dispatched its special security forces against the nationalist opposition in a massive wave of repressions. As such, despite formation of a ‘government of unity and resistance’ and advent of a national assembly in which it was negotiated that 70 seats would be held by the opposition, a civil war was triggered both in Hanoi and in other war zones where resistance groups were active. Further, the communist-run National Guard (Ve quoc doan) attacked nationalist positions on the VNQDD Vinh Yen–Lao Cai axis and those of the DMH and Phuc Quoc from eastern Tonkin to the Chinese border. In some areas, this violent Viet Minh reconquest occurred with the support of French forces or their negotiated neutrality.

In the South, the situation was even more confusing. In early September 1945, conflict erupted between ‘true’ and ‘false’ Viet Minh, as well as between communist cadres and other independent forces. The British-backed French coup on the 23 September then ignited a war in the Mekong Delta, guerrilla warfare engulfing the outskirts of Saigon and spreading to much of the countryside. Although various political and military forces were willing to battle the French, they were hardly unified. A multiplicity of ‘bo doi’ armed groups, often competing with each other, characterized the anti-French resistance in the south. In response, Ho Chi Minh dispatched General Nguyen Binh, a former member of the VNQDD, to unify the resistance under the DRV’s control but this attempt to forge national unity on communist terms backfired terribly. Worse yet, the communists had serious problems with religious and diverse ethnic groups, especially Khmer people in the Delta, who saw no reason to accept communist leadership of the anti-French resistance. The Viet Minh’s subsequent decision to assassinate Huynh Phu So, the political and spiritual leader of the Hoa Hao in May 1947, would set the Vietnamese against each other in Tay Ninh, Chau Doc, Can Tho and other places in the Mekong Delta. Between 1947 and 1948, the French used these divisions to win over the support of some of the dissident forces belonging to the Viet Minh-led resistance in the south. As a result, the bulk of Hoa Hao, Cao Dai and Binh Xuyen rebel fighters crossed over to support the French-led Cochinchinese provisional government and fight alongside French troops against their erstwhile Viet Minh allies.

Thus from 9 March 1945, the day the Japanese overthrew the French colonial administration, until 23 September 1945 (when the French seized Saigon) and 19 December 1946 (the French attack on Hanoi), Vietnamese non-communist nationalists found themselves badly divided over communist moves to negotiate with the French and monopolize power within the DRV. With communist repression gradually pushing them to the margins of a neocolonial conflict, non-communist nationalists offered the image of a fractured and fragmented state, one that would persist until the State of Vietnam unified them in 1949 in association with the French. Worse still, the ideological divide established by the communists in its propaganda – casting non-communists as ‘anti-revolutionaries’, ‘reactionaries’ and ‘traitors’ – and the Leninist-derived coercive practices they used against them, plunged the country into civil war, factionalism and chaos for many years to come.

François Guillemot is an historian and CNRS research engineer at the Lyon Institute of East Asian Studies, France 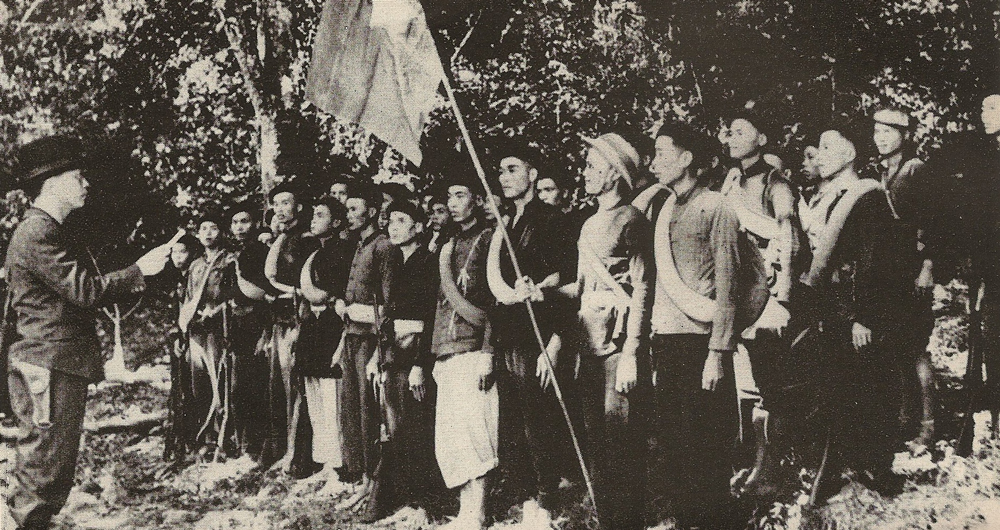 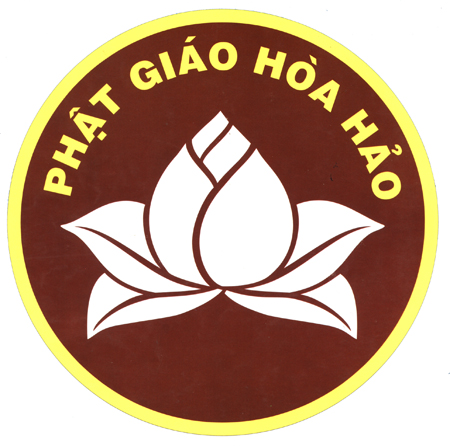 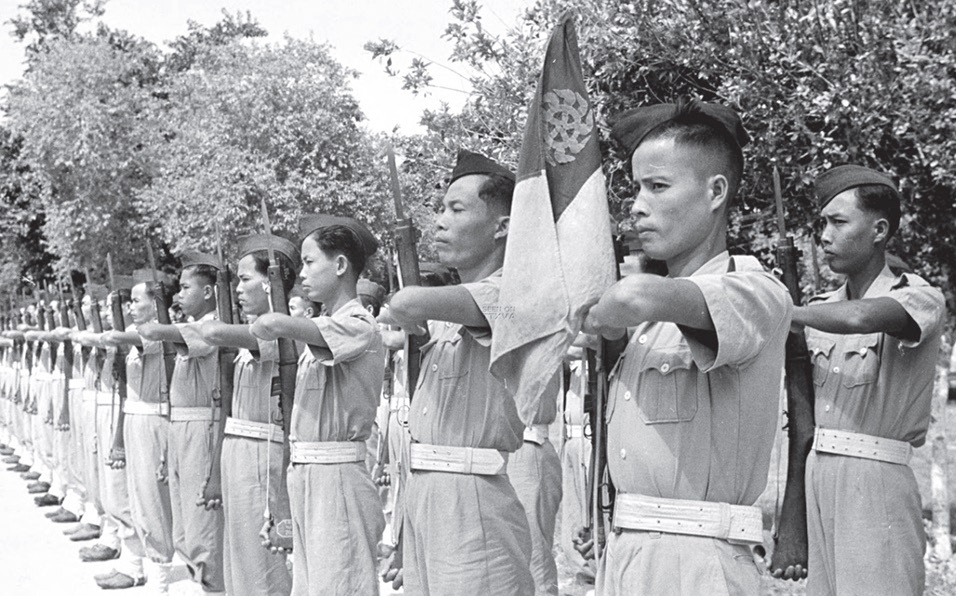 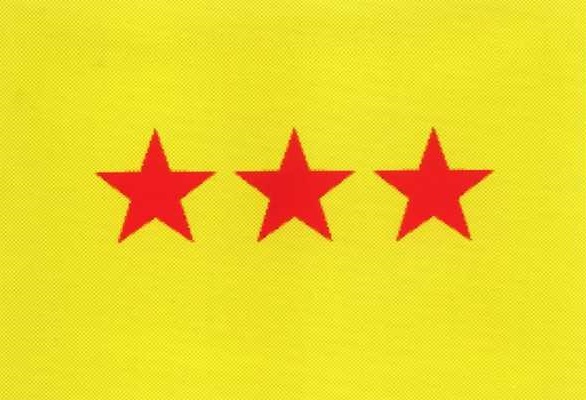 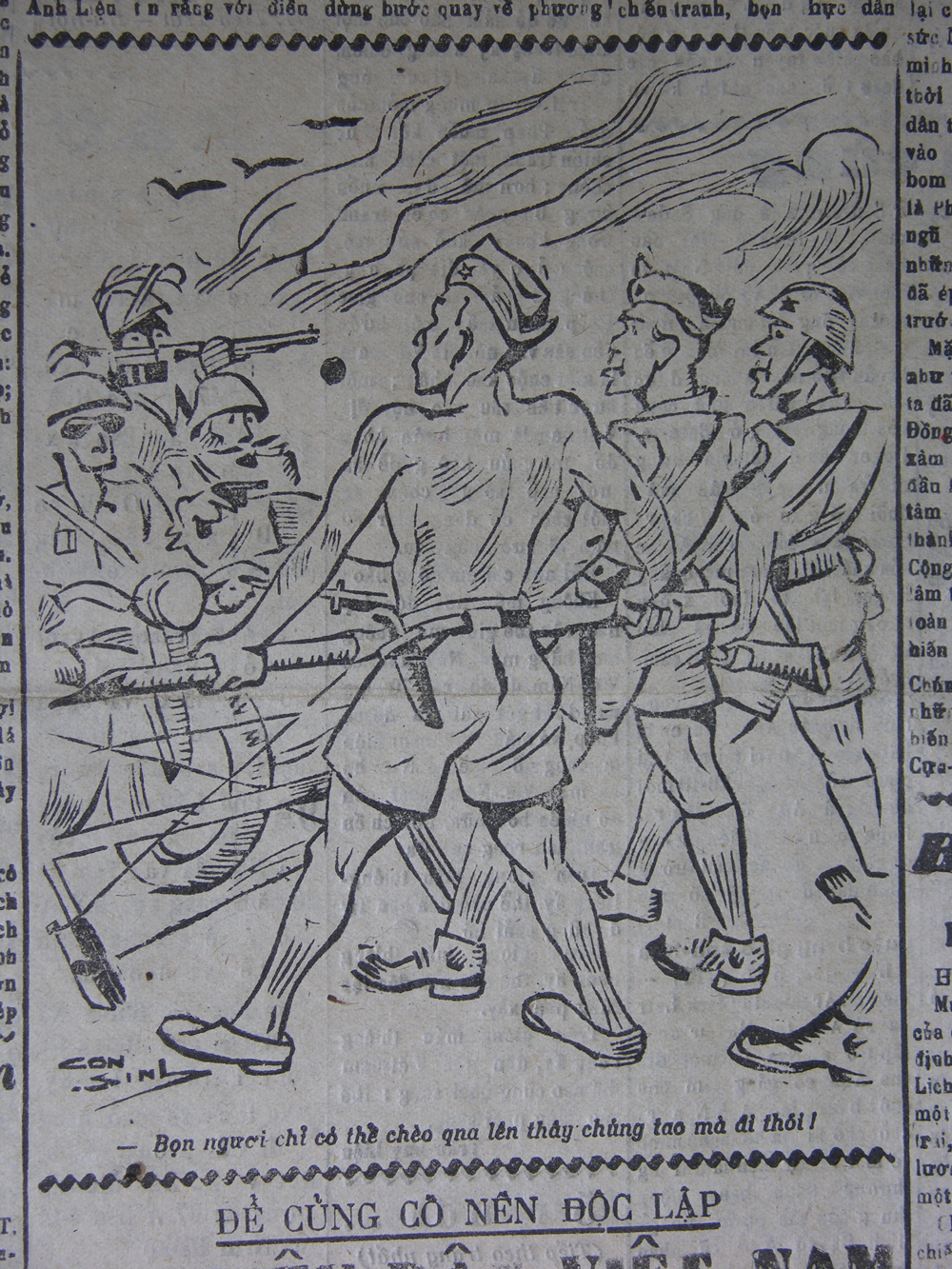 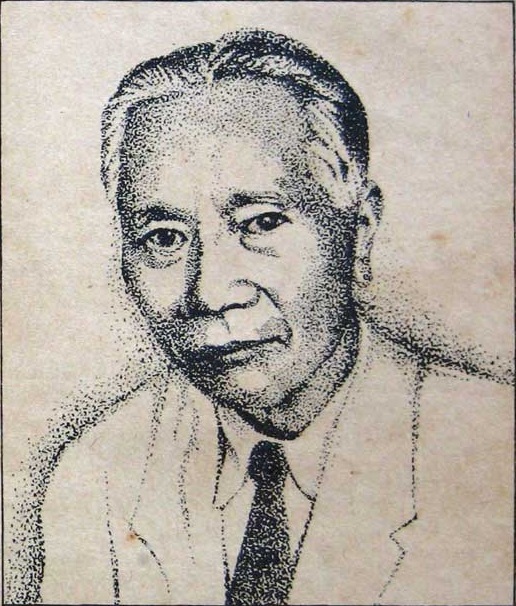 Tran Trong Kim, Prime Minister of the Empire of Vietnam from 17 April to 20 August 1945. His government’s main objectives were to eradicate hunger, reorganize and re-unify the state and mobilize youth to support independence. 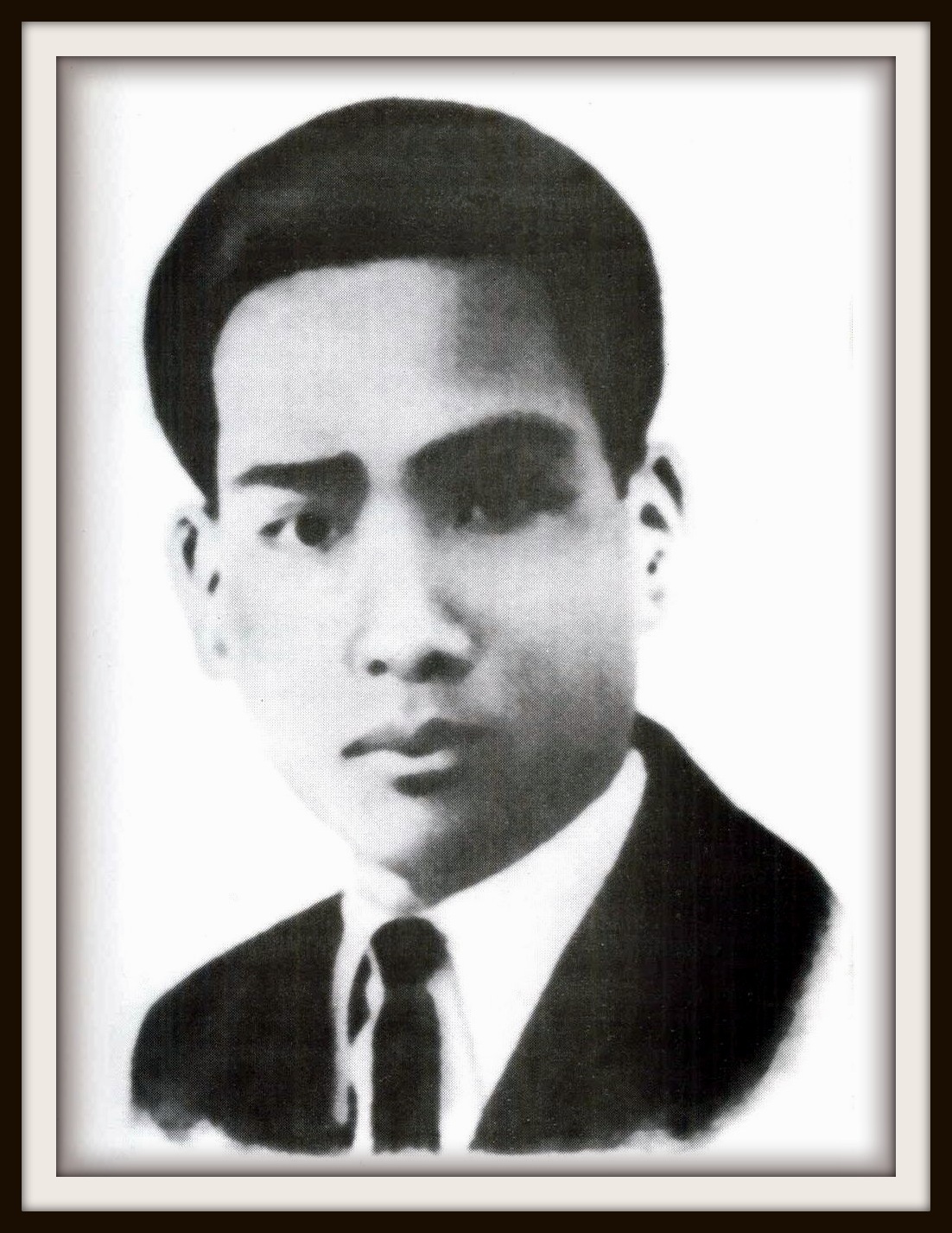 Truong Tu Anh (1914–46) founded the non-communist and fiercely anti-colonialist Greater Vietnam Nationalist Party in 1938, later one of the biggest Dai Viet parties. Anh was also the secret leader of the Front of Nationalist Parties, which included the VNQDD and Dai Viet. In 1946, with the outbreak of full-scale war in Vietnam, he disappeared and presumably was killed. 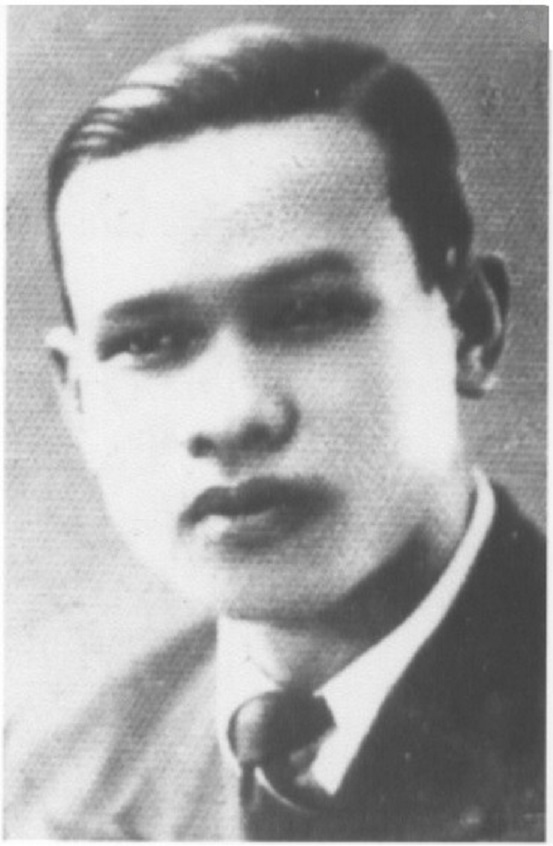 Le Khang, a VNQDD leader who made frequent trips to Chungking to present the VNQDD case both formally and informally to array of political actors there. Arrested by Viet Minh security forces in July 1946, he was executed along with other nationalists, probably in the beginning of 1947